Pediatric Molecular Target List: How It Evolved and How It Could Impact Your Orphan Drug Program

Clinical trials are expensive. In 2016, the estimated median cost of a Phase III trial was $19 million, and this number continues to rise. So, if a manufacturer can avoid having to conduct a clinical trial—because it seems unaligned with the product’s targeted patient population, or unlikely to give a reasonable return on investment—they will explore every option to do so. Unfortunately, while that makes great business sense, it does nothing to advance medical care for patient subsets such as pediatrics.

In 1994, the FDA attempted to improve treatment of pediatric patients by enacting the Pediatric Labeling Rule, and in 2002 published the Best Pharmaceuticals for Children Act (BPCA). BPCA required manufacturers to assess existing data and determine whether it was sufficient to support the inclusion of pediatric use information in product labeling. Since the Act did not require manufacturers to actually conduct pediatric studies, it resulted in little progress. 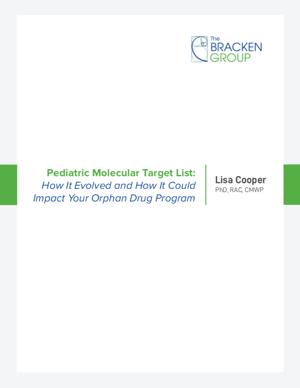 The Pediatric Rule required manufacturers to submit, prior to the End of Phase II (EoPII) meeting, information on proposed study timelines including protocol finalization, enrollment, and completion for FDA agreement, or rationale for a planned request for a waiver or deferral (Figure 1). While this seemed like the step forward needed to generate necessary pediatric labeling, the Pediatric Rule was found to go beyond the FDA’s authority by requiring testing for indications not claimed by the manufacturer, and was struck down in federal district court in October 2002.