The Role of Imaging Endpoints in Biosimilar Comparability

A biosimilar is a copy of a biologic drug, i.e. one made from living cells such as monoclonal antibodies or recombinant proteins. The term “follow-on biologics” or “biogenerics” is also used to describe the products that companies want to launch after the patent expiration of an established biologic product on the market.

Typically for a generic drug approval, it is sufficient to show that a chemical compound is therapeutically equivalent to the marketed version.  This is relatively straightforward since chemical analysis can show the same active ingredients and a bioequivalence study can show comparable pharmacokinetics.  Formal trials on clinical safety and efficacy are not required.

There is ongoing debate, beyond the scope of this post, on what should be the regulatory approach for biosimilars since it is impossible to show that two proteins or cell lines are identical.  The argument is that clinical data is required in order to show the biosimilar version is comparable to the reference product. The U.S. approach to approval of biosimilars or biogenerics is still emerging, but in the European Union (EU) clinical trials are mandatory under current regulations.

Clinical trial imaging data is likely to play a key role in biosimilar approvals, because imaging differences can often be picked up earlier than clinical outcomes.  An example of this is the use of MRI to quantify white matter lesions in multiple sclerosis. MRI parameters have been able to distinguish between two doses of the same anti-TNF-ß product.  Another example that is being used currently is the application of dual energy x-ray absorptiometry (DXA) for the assessment of bone mineral density (BMD) to show similar efficacy in the change of this end-point between two products.

As the regulatory framework for biosimilar approvals becomes clearer, more companies will want to launch biosimilar products. The role of imaging endpoints to show comparative effectiveness will be key in any clinical trials that may be required. rate.

The FDA Adjusts Operations in Response to Coronavirus Concerns 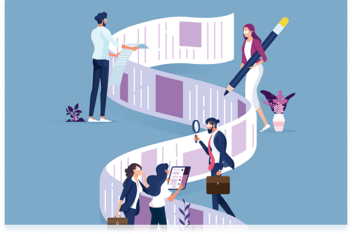 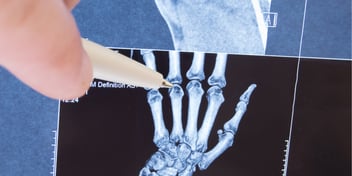 For Success with Imaging in RA Clinical Trials, Consult with Experts in Both the Disease and the Technology