For Success with Imaging in RA Clinical Trials, Consult with Experts in Both the Disease and the Technology

Clinical trials in rheumatoid arthritis (RA) usually involve imaging as a means of assessing the patients’ disease and effect of the therapeutic intervention. The approach has been standardized by OMERACT, the international network created in 1992 to improve outcome measurement in rheumatology. About 20 years ago, the OMERACT MR Imaging Group developed the RA-MRI scoring system (RAMRIS), which incorporates measures of joint inflammation and damage including bone erosion, edema, and synovitis. The newer Rheumatoid Arthritis MRI Quantification (RAMRIQ) system was developed to duplicate the measures and anatomical constructs recommended by OMERACT’s RAMRIS with a system of automated measurements.

Recently a sponsor planning a trial in RA came to The Bracken Group (TBG) looking for guidance in setting up the imaging aspect of its trial. The sponsor planned to employ RAMRIS and RAMRIQ and wanted TBG’s help in developing the training for the imaging readers. The sponsor was especially interested in working with Monica Luchi, M.D, TBG’s resident rheumatologist. With TBG’s deep expertise in imaging and clinical trials, Monica contacted her colleague, Brad Wyman Ph.D., a recognized expert in clinical imaging. Brad was, in fact, an author on one of the publications Monica consulted while preparing feedback on the sponsor’s project and so Monica was able to bring the combined expertise to bear on this rapidly moving request.

As is often the case, a client asked for one person and ended up with a far more comprehensive team of experts than they could have anticipated. The multi-faceted, multi-disciplinary approach is common for TBG, and the consultants often collaborate with each other to ensure that every facet of a project is thoroughly considered and addressed. For this client in this case, that meant netting the benefits of twice the expertise that was originally sought.

If your organization could benefit from the thorough, multi-faceted approach of TBG, reach out to us. We’re ready to help. 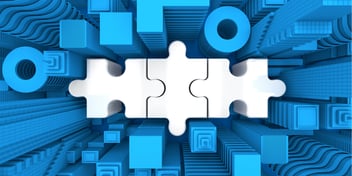