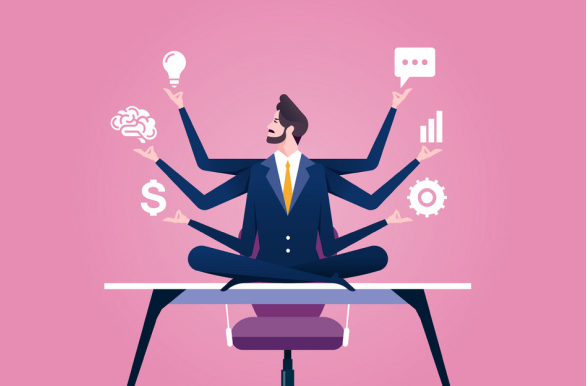 Yet the industry faces several hurdles to its continued success. These include:

This blog post will look at what each of these trends mean for companies operating in the pharma and biotech space.

When the U.S. began imposing tariffs on billions of dollars' worth of Chinese products in 2018, China retaliated with tariffs of 5-25% on U.S. products. While the overall extent of this trade war is uncertain, what is known is that these trade tariffs are impacting all organizations that rely on outputs from China, and this in turn affects consumers and the products they purchase.

These tariffs now affect nearly every U.S. medical device sold in China, as well as component parts used by medical imaging companies and chemicals that are used as ingredients in pharmaceuticals. Indeed, China is the world’s largest supplier of raw materials for pharmaceuticals.

The potential impact of the U.K.'s pending departure from the European Union is uncertain. Questions also exist around free trade, and how easily products can be sold across boundaries (regulations, tariffs, and border inspections for example).

As a business hub for new medicines, the UK has already lost the leverage of hosting the European Medicines Agency, which has now set up a new home in the Netherlands. The UK has traditionally been an attractive destination for highly skilled researchers, both at universities and in pharma / biotech, and so an end the free movement of specialists is likely to hinder the UK science base.

Loss of access to research and development funding is also a concern. For example, UK companies could be barred from accessing the European Commission's €3.3 billion Innovative Medicines Initiative 2 initiative. This scheme brings together companies and SMEs, universities, public laboratories, patient groups and regulators to speed new drug development. How the UK will position itself with regards to new EU Clinical Trial Regulation and maintain a common regulatory framework within Europe after Brexit is currently unknown.

And of course stock markets hate uncertainty, which could influence international M&A activities. A stronger pound against the Euro or the dollar would mean UK drug manufacturers would enjoy cheaper imported raw materials. But products — such as drugs, medical devices and pharma services —  would be more expensive when sold overseas. If the pound continued to appreciate, then company and portfolio evaluations or investments could be negatively impacted. Conversely, a weaker pound would mean that UK exports will be more competitive and international investors would find UK assets more attractive.

Healthcare and pharma is currently in the political crosshair in the U.S., where the industry has been described as "corrupt" and "greedy". Familiar proposals such as reducing Medicare costs, new policies aimed at expanding healthcare coverage and reducing costs are on the table and gaining traction as the primary season heats up. These include proposals for government-run generics manufacture and allowing the federal government to block price increases on certain drugs.

In countries with government-provided healthcare, drug prices are also in the political arena, as seen in the continued pricing stand-off between Vertex and the U.K.'s NHS for the cystic fibrosis drug Orkambi®.  If an economy is in slowdown governments might have less resources to spend on healthcare.

Patent expirations will have a huge impact on sales between now and 2024, with many former blockbuster drugs facing pressure from the generics. In total $251 billion in sales are at risk between 2018 and 2024, creating a second 'patent cliff' for the industry (the first was in 2011-2012).

Drugs coming off patent in 2019 include Pfizer’s pain drug Lyrica®, which last year netted the company $3.46 billion in sales, and GSK’s asthma medication Advair® (U.S. sales of $1.42bn). Roche is one company that will be hit particularly hard by patent expiry in 2019. Its cancer drugs Rituxan®, Herceptin® and Avastin® are all facing generic competition. Together these blockbusters pulled in more than $10 billion in the U.S. in 2017.

To compensate for lost sales, many companies are looking toward M&A activities based on innovative science to boost their pipelines (more on this below). One example of this is Roche, which acquired gene therapy company Spark Therapeutics for $4.3 billion.

Trend 3: Consolidation in the Pharma and Biotech Markets

Despite systemic political concerns, promising science and industry changes — such as a move toward personalized medicine – are driving biotech M&As. Biotech companies focused on oncology have been among the most attractive recent targets for pharma.

Major acquisitions so far this year have included Eli Lilly signaling that it was serious about catching up in cancer drug development, acquiring Loxo Oncology for approximately $8 billion. Pfizer bought Array biopharma  for $11.4 billion, reflecting the company’s intent to expand its oncology presence and pipeline. Celgene was acquired by Bristol-Myers Squibb for $74 billion, with the aim of a building a powerhouse in immunology / inflammation, cardiovascular disease and oncology.

Traditionally, M&A activity is cyclical in nature, with the current upward trend being driven by divestments and spin-offs, mega deals and cross-border deals. It has been estimated that the current M&A upswing started in early 2012, and given that historically these upswings typically last no more than seven years, a reversal might occur very soon. Empirical observations have concluded that the majority of  M&A deals occurring later in an upward trending market do not perform as well as expected, as history has shown, their performance is often not what was hoped for.

Nevertheless, the outlook for M&A continues to be strong, with a key driver being the growing cost and difficulty of R&D. Pharma is looking to pursue new science, boost drug pipelines, optimize portfolios, combat declining in-house R&D returns, and create global opportunity through the acquisition of smaller, innovative biotech companies.

Despite facing challenges and uncertainties, pharma and biotech are adapting to the changing economic environment. In recent years, there has been a proliferation of novel ways of working – for instance through public-private partnerships such as Global Antibiotic Research and Development (GARD) – to boost drug development pipelines. As highlighted, M&A offer opportunities for growth and access to innovation, while improvements in manufacturing efficiency, such as Industry 4.0, are also on the horizon. These adaptions will together help position pharma and biotech to face its hurdles head-on.

For Immediate Release: NEWTOWN, PA — Andrew L. Salzman, MD, has been appointed as a partner at The..