Entrepreneurs, Take Time to Understand and Appreciate the Impact of Regulatory Affairs and Authorities

Nick Spring is a member of The Bracken Group with expertise in diverse areas but he is particularly experienced in leading and advising executive teams. We talked with Nick recently about the mistakes entrepreneurs commonly make in trying to launch companies in the life sciences, particularly those mistakes that stem from a poor understanding of the impact of regulatory affairs. 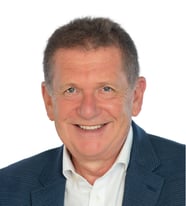 Q: What does an entrepreneur in the life sciences or biotech space need to know about regulatory affairs and processes?

A: The regulatory process dictates all the events in the field. It sets the pace for how fast you can get anything through the system. That’s true for pharmaceuticals, biologics, and med devices. So, when such companies are raising money, they must ensure that they raise enough to get through the process.

Q: When is the right time for an entrepreneur to start thinking about regulatory issues?

A: Companies need to be asking sooner rather than later, “What is our regulatory pathway?” It sets milestones for the company and it’s predictable: You have Pre-IND, Phase I, Phase II, then Phase III and so on. Companies need to plan people, technology, and money around these key events.

Q: Do companies often fail to consider the impact of the regulatory pathway?

A: Very often. They’ll go out and raise a few million dollars and think it’s great, but they get only two-thirds of the way through, for instance, a Phase II trial and the money is gone. At that point, it’s really difficult to raise any more money because you are between data points.

Q: How does the miscalculation happen?

A: People are inexperienced and fail to seek out the proper help. The general rule of thumb in the industry is that you more or less double the amount of money for each phase. So if it costs you $10 million to get to Phase I, it’s likely to cost you $20 million to get to Phase II. And then there is Phase III, which is often called The Valley of Death, because at that point you are facing a massive mountain that you must climb. It’s incredibly expensive, and people just don’t realize it. They think that somehow they can do it much more cheaply. They think they can take short cuts. They’re usually wrong.

Q: You’ve mentioned elsewhere that another common mistake is mismanaging relations with the FDA, right?

A: Yes. People often look on FDA as their enemy. They will have fights with the Agency or alternatively ignore their helpful suggestions and recommendations. Then, when it is time to submit their results, they find that the FDA has (quite reasonable) objections. If only they would take some time to communicate with the agency appropriately things would be much better. Ideally, always see the Agency as an essential “partner”.

Q: What other problems do you see in startups?

A: One frequent scenario is that a great technology comes out of a university and the company is initially set up and led by a professor. Despite their success in their world, academics typically don’t have sufficient knowledge of how to set up and run a company.

Q: They do frequently manage to attract investors . . .

A: Yes, but when venture capitalists become involved, they often quickly become annoyed and frustrated with the inexperienced founders. Professional money people can be unforgiving, but our industry needs them. Our business is very capital intensive. And remember that an investor’s objective is to make more money. When founders get in the way of that process, they are gone.

Q: What is your advice to the would-be entrepreneur?

A: Work with a consultant who can help you avoid the critical missteps. Be open to being coached. The team at TBG, for example, is highly experienced in the complex process of shepherding ideas through to becoming successful products so that people or animals might benefit.

For Immediate Release: NEWTOWN, PA — Andrew L. Salzman, MD, has been appointed as a partner at The..