Elon Musk’s headline-grabbing takeover of Twitter was a master class in how not to complete an acquisition. The process was plagued by arguments, verbal slanging matches, uncertainty, and legal wranglings. Spectating as due diligence experts, we at Bracken were asking ourselves, where is the diligence!?

It all started when Twitter accepted Musk’s offer to acquire the company at a value of $44 billion in April 2022. Musk then tried to pull out of the deal. In May, he tweeted that the Twitter deal was on hold, “pending details supporting calculation that spam/fake accounts do indeed represent less than 5% of users”.

As Judge Kathleen St. J. McCormick remarked during court proceedings in Chancery Court in Delaware, "We don't know what would have happened in diligence because there wasn't any due diligence, right?"

Below, we’ll look at the impact this lack of due diligence had on the acquisition and how to avoid the pitfalls and mistakes made along the way.

The Road to Acquisition

Due diligence is an essential part of a successful commercial transaction in any industry. While the scope, duration, and topics of importance may vary, it enables companies to assess the value of a business and confirm all relevant information before deciding to proceed with the transaction.

Musk should have carried out due diligence to decide if he wanted to buy Twitter, rather than after signing an agreement to acquire the company. At the point where the issue of bots and spam accounts arose, Musk had already signed an agreement and the due diligence process was over.

George Geis, a corporate law professor at the University of Virginia, explained, “Most merger agreements do have an obligation on the seller's part to assist the buyer with due diligence. But Musk waived that.”

As part of this due diligence process, Musk also failed to take a long-term view of the market size and conditions. One reason that experts cited for Musk trying to get out of the deal was that a market downturn meant the acquisition no longer served his interests.

Musk’s laissez-faire approach to due diligence—he remarked at an event that he didn’t care about the economics of the deal—put him in an impossible position.

Why is Due Diligence so Important?

If Musk had completed in-depth due diligence, then he might have spotted the potential issue with the bots and could have negotiated a new price for the deal that also took into account the market downturn in the tech sector. He might also have avoided the raft of post-acquisition problems he has since run into.

By not carrying out due diligence, Musk failed to realize the importance of advertising revenue to the platform and the need for verification to ensure consumers could trust the information on the platform.

Before Musk had even completed the acquisition, Twitter started hemorrhaging advertising revenue. A spokesperson for Mars said, “Mars started suspending advertising activities on Twitter in late September when we learned of some significant brand safety and suitability incidents that impacted our brand.”

More than a third of Twitter’s top 100 marketers pulled advertising on the platform in the weeks following the acquisition.

Then, The Life Science Industry Got Involved

Musk changed the manual blue tick verification process that reassures users that accounts have been vetted and are who they say they are to the Twitter Blue program where users paid $8 a month to subscribe to Twitter and gain a verified check with little to no oversight. The results were not pretty.

A user pretending to be Eli Lilly with a blue tick next to its name tweeted, “We are excited to announce insulin is free now.” This Tweet wasn’t from the real Eli Lilly account, but many users couldn’t tell the difference. Eli Lilly issued an apology and promptly halted all ad spend on Twitter. As a result of the Tweet, Eli Lilly’s stock share price fell by 4.37% to $352.30, which erased more than $15 billion in market cap.

In the wake of this incident, nearly all of the biggest advertisers in the life science industry followed suit and reduced or froze their spending on Twitter amid worries about brand impersonation. Musk suspended the $8 verified program soon after the incident.

Musk is not the first person to make mistakes surrounding due diligence during an acquisition process. One of the biggest errors healthcare providers and life science organizations make during mergers and acquisitions (M&As) is not carrying out an, "accurate, deliberate and judicious assessment of the operating risk of the organizations when they come together, that typically involves people, roles, functions…”

Companies also fail to consider factors such as brand, culture, and people during the due diligence process. According to research, 92% of business executives admitted their deal would have substantially benefited from a better cultural understanding prior to the merger.

Transparent and frequent cross-company dialogue — something that was missing during the entire Twitter acquisition process — ensures everyone is on the same page, as does documenting all conversations and points agreed on.

Musk wanted to turn Twitter into a platform for free speech and remove what he saw as censorship. In doing so, he showed a lack of understanding of the value of the social media platform, information he could have gained through due diligence. The lack of focus on the financial information has also led to post-acquisition layoffs and chaos that could have been avoided by executing a high-level asset screening and assessing Twitter’s commercial viability.

Focusing on organizational structure, culture, and brand, and considering how to optimize these when the M&A process is over, is key to overcoming this. A disillusioned workforce — such as is now present at Twitter — only hampers growth.

Preparing for Due Diligence

Conducting a successful due diligence process requires significant expertise and experience in multiple functional areas, as well as a team that can perform under pressure, understand the regulatory landscape, and work to tight deadlines. This team also needs to be able to identify critical issues early on to avoid the time and experience of a full due diligence review.

In the life science industry, due diligence requires a comprehensive and integrated approach to evaluating assets, including:

If you lack the resources or knowledge to tackle the due diligence process alone, seek external help and advice to ensure that you get the best results. Find out more about the due diligence services Bracken provides for VCs, Private Equity, Licensing, and M&A. 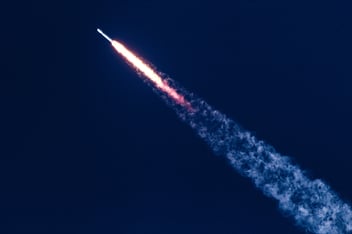 Developing and Executing a Campaign to Boost Web Traffic by 85%